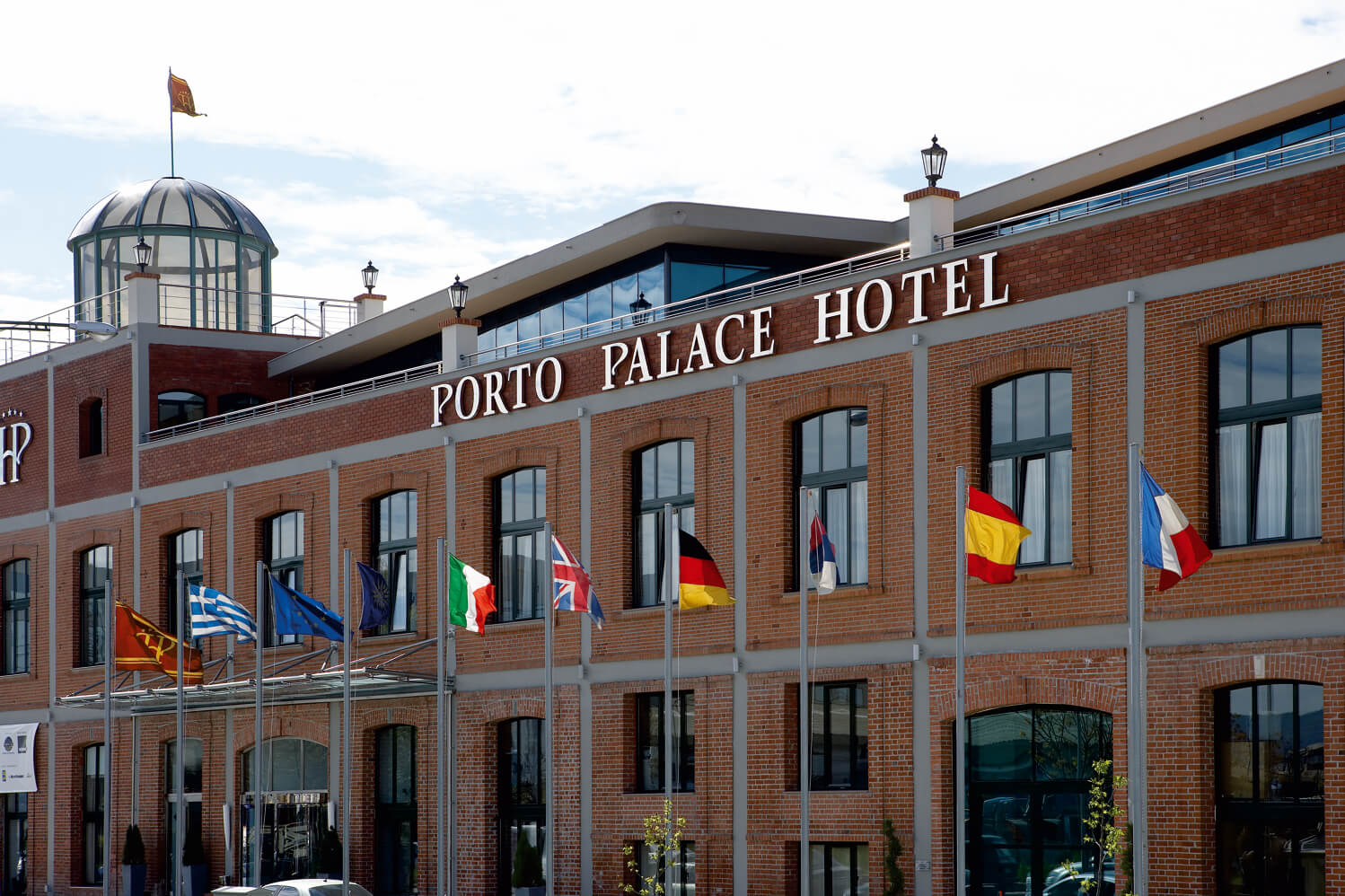 Porto Palace is a Conference Centre & Hotel in Thessaloniki which opened to the public in late 2005 after the attentive restoration of the historical building of 1913. It currently constitutes an excellent hospitality choice for all those characterized by a special sense of aesthetics while its industrial architecture differentiates it from any other 5 star hotel in Thessaloniki.

It offers the perfect setting for high standard accommodation and lodging of most successful business and social events. Its proximity to both the city center and the industrial & commercial zones make it an ideal choice for both business travelers and leisure visitors.

Porto Palace Conference Centre & Hotel in Thessaloniki features 7 fully equipped meeting rooms as well as 4 large conference rooms, all flooded in natural day light. Grand Pietra Hall is the largest hotel meeting hall in the district Macedonia, of a capacity up to 2.500 people.

The Porto Palace Conference Centre & Hotel in Thessaloniki is established at the New Port very close to the city center (as less as 5 minutes away), on the Avenue entering the Western Part of the City from Athens, Veroia, Kavala, Europe (FIX area), and very close to the Railway Station (OSE) and the Central Passenger Bus Station (KTEL).

The Hotel is easily accessed from every part of the city, situated:

Under the Auspices of